Facebook Reels – What Are They and How to Make Them 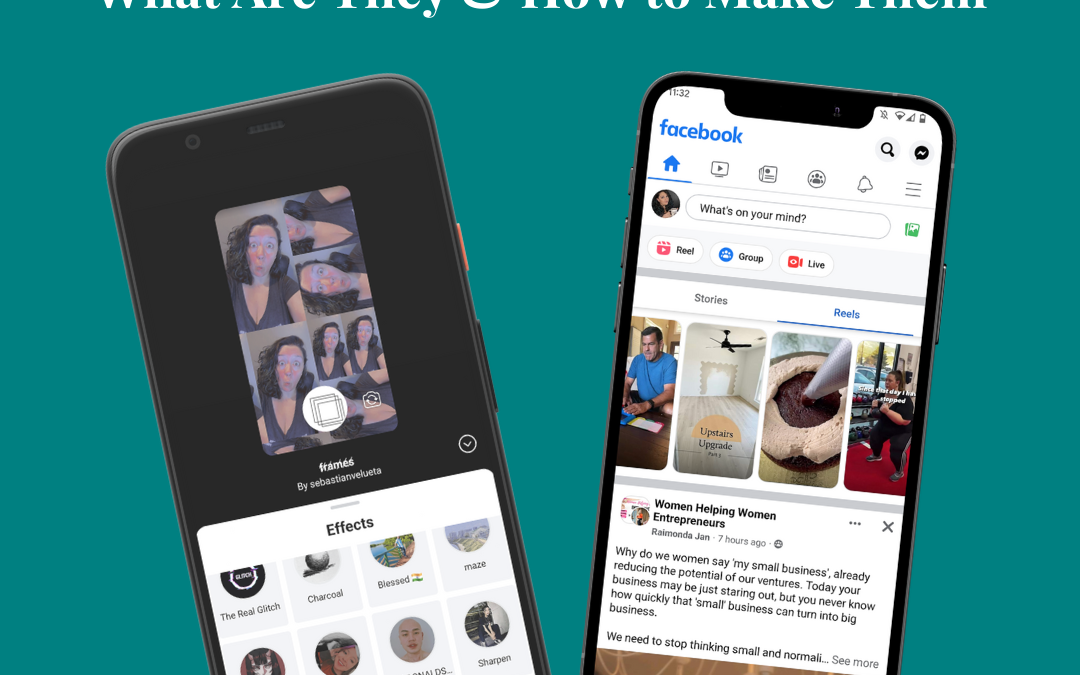 While I’m a massive TikTok fan, I’ve recently delved into the world of Facebook Reels. It’s no wonder Facebook has finally made short-form videos a priority when TikTok has steadily climbed the ranks to becoming one of the most popular social media platforms.

At their launch in September (on my birthday actually!) Facebook announced Reels as a way for Creators to build an audience in many different ways.

Facebook Reels – What Are They and How to Make Them

Through reels, one can:

So how does one get started with reels? Well let’s dive into some of the most frequently asked questions about Facebook Reels, and how to edit and upload these short-form videos.

Most people are finding reels via Facebook’s News Feed, just as you would Stories. Once you click into a reel, you’re taken to a reel-specific feed where you can swipe up to watch another video. Again if you’re familiar with TikTok, you’ve seen how this works (and how they hook you!) 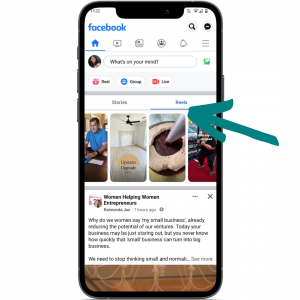 While Facebook seems to still be hashing out exactly how to hone in on your Reels interests, they do work to show you what they think you’re interested in. So if your watch time is longer for videos like gardening and baking, but you swipe away at videos of dancing and construction, Facebook will better recognize what it is you want to watch.

Who can watch your reels?

By default, Facebook sets it such that your reels are public for anyone over the age of 18. That said, you can definitely change the settings to limit access to friends, yourself, or a specific set of people.

You can also change the audience settings at any time and do so specific to each reel. So if you have one reel that you’re sharing publicly, but another you want to change to be friends-only, you can easily do so.

Facebook reels can be as short as 15 seconds or as long as 60 seconds.

Personally I try to keep mine on the shorter end. In fact, I aim for under 26 seconds whenever possible. Not only does this increase watch time, but I’m able to auto-caption the video by first uploading then re-downloading via Stories. Looking forward to the day Facebook has auto-caption for their reels!

Facebook Reels dimensions are 9:16 aspect ratio, or 1080 pixels by 1920 pixels. In other words, your reel needs to be vertical. It’s easiest to do this with the editing apps mentioned below, though Canva is also an option.

What apps can I use to make Facebook Reels?

YouCut is by far and away my favorite choice for creating Facebook Reels. In fact, it’s the only app I use for short-form videos of any kind. That said, it is for Android users only, so InShot is the way to go for Apple users.

If you’re planning to edit videos on desktop, then Screencastomatic would be your best bet. Super user-friendly and at less than $5/month, it’s a no-brainer.


What about in-app editing?

While I definitely recommend doing your editing off-platform, there are native Facebook Reels editing tools that can help to easily edit or add to your reel before you post.

Facebook currently has quite a few options in terms of in-app tools for editing reels, such as: 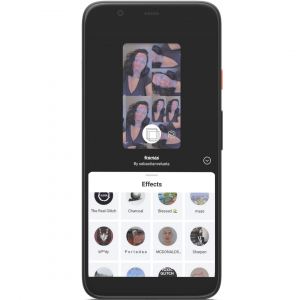 There’s a lot that goes into making a Facebook Reel if you’re doing it to grow a following or monetize in some way.

That said, the easiest way to make a Facebook Reel is to just do it! Don’t let the idea of tech or getting the perfect shot overwhelm you. As you work on creating reels, you’ll get a feel for what works versus what falls flat. The most important thing to keep in mind is timing – quick shots almost ALWAYS do best – we’re talking 1-2 seconds before moving into the next shot!

There are two big mistakes that newcomers to short-form video often make. The first being they use static images. While static images may have a time and place in some videos, this isn’t 2008 – no one wants to watch a slideshow. Videos should be VIDEOS.

The other is over-filming. Don’t record your entire process! If you’re making a cake, for example, take 2-second shots of mixing, pouring, breaking an egg, etc. Then piece it together in editing. When you over-film, the editing process becomes incredibly overwhelming and takes exceptionally longer than it would otherwise.

Can Reels be Monetized?

Facebook committed to investing over $1 billion in creators throughout 2022. As such, they’re offering a reels bonus program through which creators earn money from the views their reels receive. While the “Reels Play bonus” is currently invite-only, there are plans to expand it quite significantly throughout this year and next.

There is also the Facebook Stars option, though currently unrelated to Reels. With Stars, those who tune into your Facebook lives can buy and send you stars. You’re paid 1 cent for every Star that you receive. 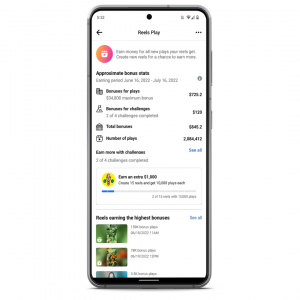 I have no doubt we’ll see more about monetizing Facebook Reels as the platform progresses. While I still obsess over TikTok more than anything else, I can’t be upset about the money I’ve made with Facebook Reels and the thousands of people who now follow me. 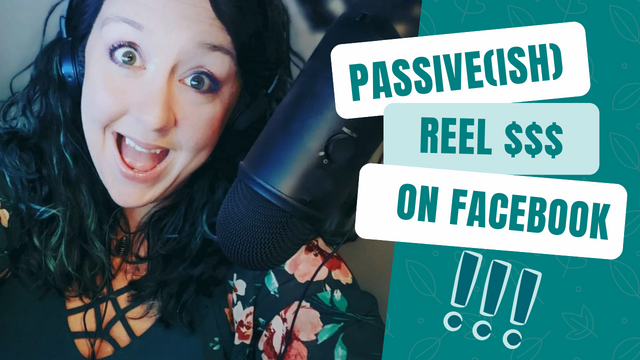 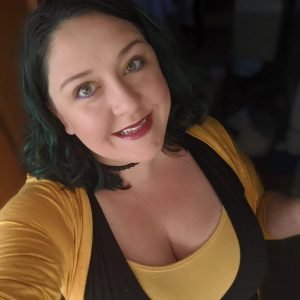 I spent over 7 years working in Education before deciding that my life lay elsewhere. I had grown tired of living for the weekend and working to make someone else rich. So I put my expertise to use and launched an e-course on budgeting.

Since then, I’ve taught over 1,200 people how to better market themselves online and pull in higher profits with less pressure.